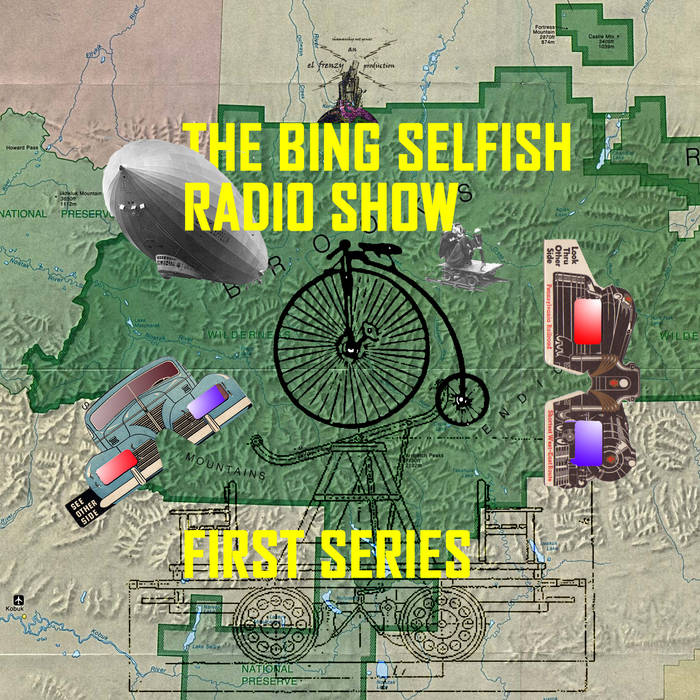 Hail Selfish! Go on, hail him!

Imagine an empire, imagine an empire that encompasses the entire world with the exception of Australia and Patagonia. Imagine that empire is ruled by a has-been one hit wonder pop star with a chip on his shoulder and a deep hatred of pizza, couscous and cold mushrooms.

Imagine no more. The Bing Selfish Radio Show tells the amazing, harrowing and touching story of the Selfish Empire. It's a musical, a drama, a satire and much more...

Thrill to the heresies of DJ Ozzie Oz, gasp at the aerial agility or not of the Zeppelin on which you can't smoke tabs, look deep into the mists of the past to see the origins of young Selfish, just hang out in the Acid Suite and merrily chortle at the antics of Jeff Barker and Greg Canker, the secret police equivalents of Abbot and Costello. Though they're both really more like Abbot.

A wild, magical, musical waltz through centuries of cruelty and laughter. An irresistible story of intrigues, plots and deadly satire, interspersed by heart-stopping songs and melodies.

This might just be the Radio Show...of a Lifetime. Just whose lifetime is still being hotly debated in the re-re-education camps.

Bandcamp Daily  your guide to the world of Bandcamp

Guest hosted by Tamar Osbourn aka Collocutor and Toshio Matsuura.